Blue Green Algae is One of the Most Nutrient Dense Foods on the Planet. This Nutrition Packed Concentrated Food is a Fast, Efficient and Energizing Way to Improve Your Health.

“Why does Aphanizomenon flos-aquae (AFA), a blue green algae – small and simple as it seems to be – contain more micronutrients than any other known food?…Aphanizomenon flos-aquae (Klamath Blue Green Algae) cells are about 20 to 30 times smaller than the cells within the food we usually eat. Because of this AFA contains 20 to 30 times the membrane surface area.” (Abrams K. Algae to the Rescue, Logan House, 1996:61)

“Typically, less than half of the dry weight of plants and animals has nutritional value.” 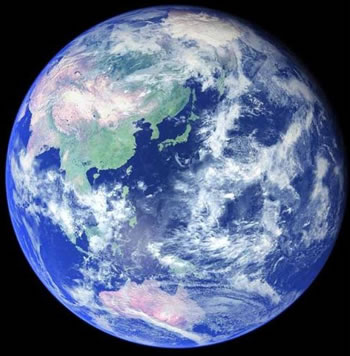 Algae Were the First Life Forms on Earth

Klamath Blue Green Algae is in the class: cyano-bacteria. The scientific term APHANIZOMENON (genus) and FLOS-AQUAE (species) are actually zoological terms of classification that literally mean “invisible living flower of water” in Greek.

Like a string of pearls AFA cells have a gelatinous cell wall surrounding the chloroplast and a protoplast DNA container.

Exhibiting the characteristics of both plants and animals, algae are in a class by themselves cyanobacteria. If it wasn’t for algae, there would be no other life on earth. All other life has its origins from algae.

Through the prolific manufacturing of proteins and sugars, algae provided the nutritional foundation for the planet’s evolving ecosystem.

Oxygen was created as a bi-product of the life processes of algae. Even today, algae produce over 70% of all the oxygen on our planet.

For thousands of years algae has been a staple food in the diets of people worldwide from the Americas to Asia. History has shown some cultures relied on algae to supply up to 25% of their total diets. Even today, edible blue green alga are used worldwide as a nutrient-dense food.

“African and American natives recognized the value of including blue green algae in their diet and stored dried algae for year-round use and trade.” Upper Klamath Lake located 4,100 feet above sea level, is far from any large cities that could cause pollutants to enter the water. The lake is surrounded by the Cascade Mountains. Much of the water that empties into Upper Klamath Lake comes from 6,176 foot high, and 1936 foot deep Crater Lake, a pristine self-contained lake formed during a volcanic eruption. This lake is fed by abundant snow fall, which flows down to Klamath Lake.

This algae, unlike cultivated algae, is a naturally occurring perennial. Its survival depends on the heartiest strain reproducing itself. It has the uncanny ability to communicate environmental and other conditions to each strand in the bloom.

“Colonies of AFA exhibit intelligence by communicating between cells with neuropeptides; learning and adapting to changes in environment.”

Refined dietary supplements may contain a high percentage of a specific nutrient, but if the body cannot absorb it, it’s of no use and can even be detrimental Klamath Blue Green Algae’s microscopic size and soft cell wall is comprised of a gluco-lipo-protein complex, which is exactly what the body needs to absorb it. This makes its balanced nutrients easily digested and absorbed by the body with very little energy required for digestion.

An isolated nutrient, usually cannot be assimilated without the help of other symbiotic or supporting nutrients. It’s the synergistic effect of many different nutrients in balance that affects the rate of assimilation. Algae has one of the most complete and balanced nutritional profiles of any food. Virtually, the entire organism is nutritious, which isn’t a surprise since vast numbers of creatures rely on algae for almost all their nutritional requirements.

The minerals in AFA are easy to absorb, because they are bonded to the amino acids, as nature intended. Natural sources of minerals do not need to be highly concentrated to have a positive effect on health. They are naturally chelated, which supports maximum absorption.

“Almost 98 percent of the patients I see in my clinical practice are deficient in one or more minerals or vitamins. Yet our health is dependent on complete availability and absorption of nutrients in a form that our bodies can utilize. Even a deficiency in just one nutrient can cause a chain reaction, triggering deficiencies in many other nutrients. There are many biochemical reasons for poor nutrient absorption which may include (1) a sluggish body, (2) excess of unhealthy mucus along the walls of the small intestines, (3) nutrient-deficient foods, (4) malfunctioning digestive system. It is possible that a person may consistently take vitamin or mineral supplement pills, with little or no recognized benefit if the bodies biochemical absorption system fails to function properly.

Unlike supplement pills and unlike most other foods, the AFA algae has a greater than 90 percent assimilation rate.This means that the algae, recognized by the body as a food, absorbs with unsurpassed efficiency and rapidity when compared to most other natural or perhaps unnatural substances. Thus, even if a person’s internal absorption system is malfunctioning, the algae is so biologically assimilable that tangible benefits can still be obtained nonetheless. For these reasons, the wild blue-green algae could play a major role in wiping out malnutrition. For example, an acclaimed study on severely mal-nourished children, under the auspices of the Central American University (1994), found that 79 percent of these subjects no longer exhibited symptoms of malnutrition after just six months on the algae.”

Note: As a rule with age, assimilation of nutrients becomes more difficult.

Gram for Gram Microalgae Contains the Most Nutrients on Earth

Blue Green Algae contains a full spectrum of vitamins, unusually complete for any single food. But, this is not a surprise. Organisms and creatures at the bottom of the food chain through to the largest mammals, whales, rely on algae’s complete nutritional profile to sustain them. It’s rich in B Vitamins, and contains the highest vegetable source of Vitamin B-12 and Beta Carotene. Algae is also the primary source of Essential Fatty Acids (EFAs.) Being first on the nutritional ladder, algae are usually the lowest in contaminants, pesticides, and heavy metals.

The two foods known that come closest to the optimum balance of complete amino acids are chicken eggs and Klamath Blue Green Algae(AFA). When the amino acids are in balance, they support smooth assimilation and ultimately harmony in the body.

AFA has 12 vitamins, 27 naturally occurring or essential minerals, and 11 pigments some of which are precursor to other vitamins, enzymes and co-enzymes. Along with beta-carotene, AFA also contains bioflavonoids, RNA, superoxide dismutase, catalase, glutathione, selenium, and cysteine, making AFA one of the highest known sources of naturally occurring anti-oxidants or free radical scavengers.

Microalgae are a primary source of unsaturated fatty acids. Even cold water fish like salmon consume micro-algae to acquire Eicosapentaenoic acid (EPA) and docosahexaenoic acid (DHA) two relatively rare and valuable fatty acids. These fatty acids are known to help many areas of the neurological as well as to lower inflammation.

In the summer, the algae reproduces itself every four days, creating a massive bloom of up to 200 million pounds annually.

When it blooms, and is at its peak, the algae is fresh harvested from the lake. Immediately, it’s screened to remove debris and excess water. When necessary, the fresh algae is micro-filtered, while still on the harvester, to ensure it’s free of potential contaminants. It’s also checked for microcystin, to make sure it’s at acceptable levels. Next the algae is flash frozen and stored at -40 degrees F until processing.

We dry our algae using a proprietary, low temperature drying method called Bio-Active Dehydration™. Unlike other drying methods of AFA, this method preserves the natural enzymes and most of the algae’s biologically active vital nutrients in a naturally balanced profile.

Klamath Blue Green Algae is thoroughly laboratory tested by reputable independent laboratories to ensure you are getting the safest and highest quality whole food supplement available. A Certificate of Analysis is available on request for all of our algae products.